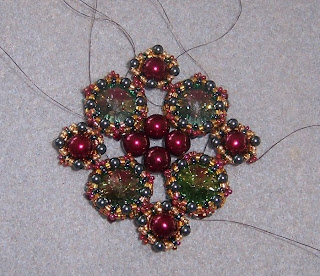 Consider the dilemna..too many colors choices! The pearls here are surrounded with gold #471 size 15 seed beads. Might be the way to go since I don't seems to have the more Old World color of gold that would match the Delica Beads in a better way. Those were the 24k gold iris.

And below I have another set of pearls trimmed in a darker marroon seed bead. Why do I have so many pearls finished? The pattern called for eight so I bezelled all eight, repeating the same steps each time so it became faster and faster to bead them...but I later notice it only needs four bezelled...oh well, more for the ring to be made later! 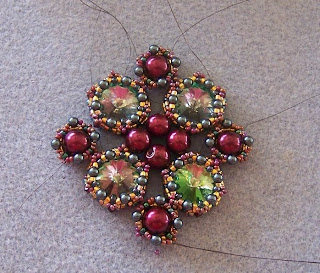 Oh, what a lesson learned here! Notice the Rivoli colors...These have the Mystic finish and I had a thought about the colors of each when I first laid them out...but I didn't really check in differnt light until I started to take photos. I tell my students in class to take a second look at a project if your inner voice is telling you something is not quite right....but in my haste I plowed onward and now will have to remake the fourth stone. No worries about the extra, it will become the center of a cleverly constructed ring...more on that later. 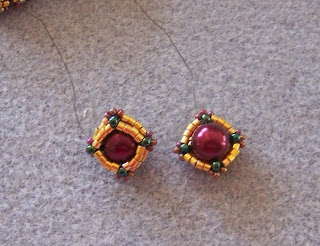 The bezel technique for the 8mm pearl shown front and back. From Sabine Lippert's new book, Beaded Fantasies. A great compliation of most of her most dramatic creations, the patterns are nicely written, however her patterns for sale online are by far the best I have ever seen. Extremely detailed regarding each and every move needed for a complete unit. 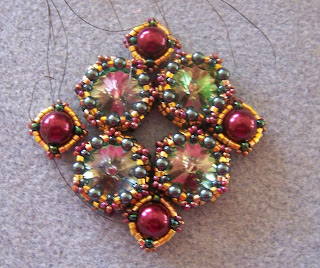 A quick setup of several components placed together. We have just finished watching the Three Muskateers of 2012...Milady is portrayed by Mila Jonavich, wickedly good. Great costumes! This piece certainly reminds me of that era.
Now, I really have to get back to work...then I will return to this piece and complete it soon!
Posted by Rose Mary Jameson at 11:04 AM 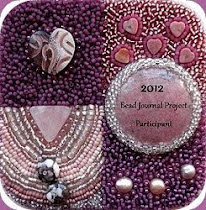 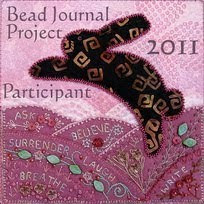